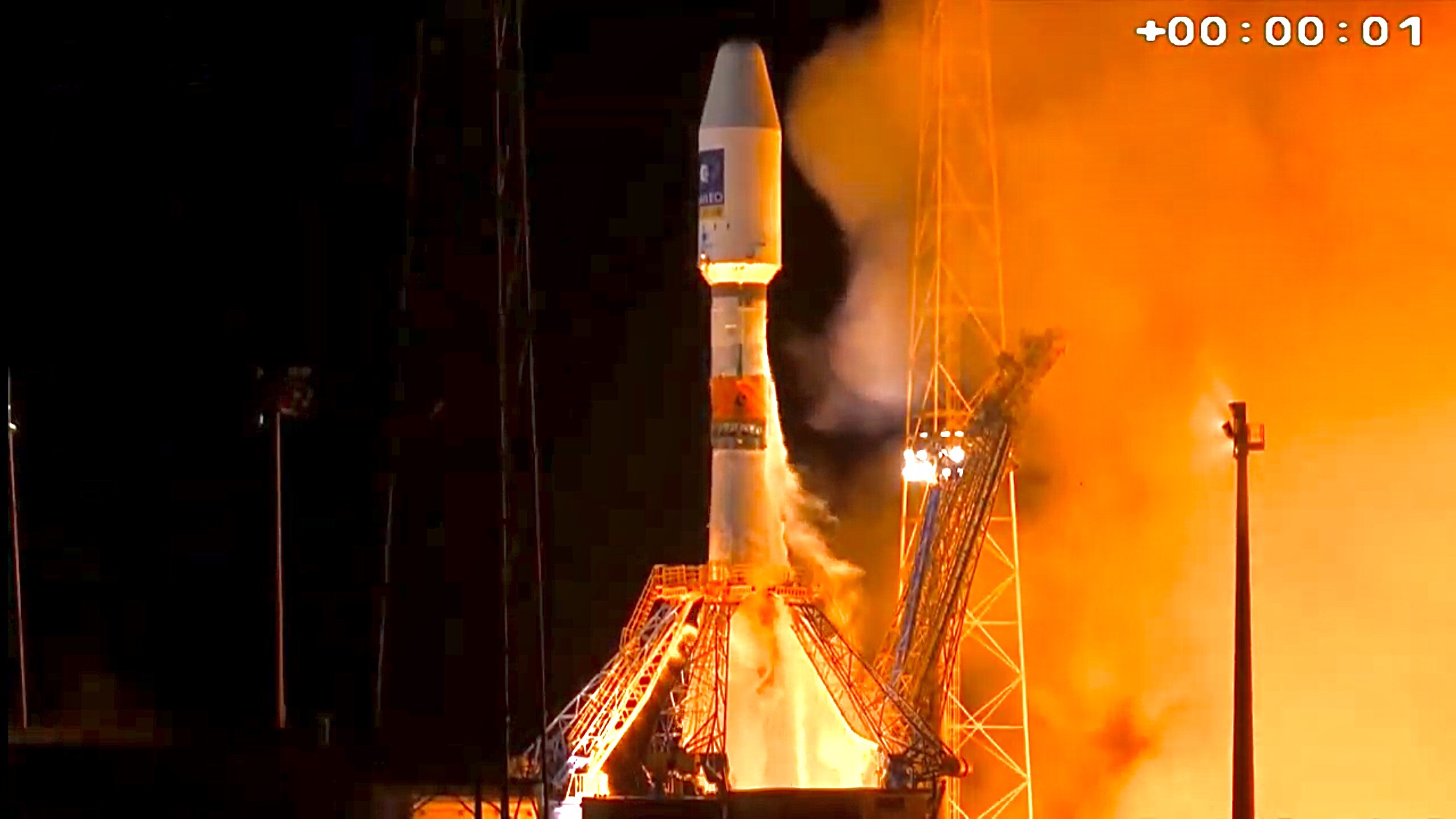 Welcome to the new members in the Galileo Satellite Family

Welcome to the new members in the Galileo Satellite Family

Following the separation of two new Galileo satellites from the launcher dispenser, DLR GfR took over control of the LEOP – Launch and Early Orbit Phase – for the first time

Reading the handout for the Flight Control Team, one word appears on page 69: LEOP. And indeed, around four hours after the launch at 1:19 CET on 5 December 2021, the two new Galileo satellites, GSAT0223 and GSAT0224 were separated from the launcher and gave the DLR GfR team the signal to start the LEOP activities. For the first time, this is conducted from the Galileo Control Centre in Oberpfaffenhofen, Germany. Today Spaceopal as the Galileo Service Operator is responsible for the flight control of to date 26 satellites in orbit, tasked by the European Union Agency for the Space Programme (EUSPA) to service the European satellite navigation system.

The Launch and Early Orbit Phase (LEOP), as it is known, is a highly sensitive period after the separation of the satellites from the Soyuz launcher. “A LEOP satellite launch is a very special and unique milestone in a control centre. The engineers and operations teams have spent up to two years preparing to be ready for this moment. A lot of heart and soul and emotion goes into every LEOP and so for us it’s an absolute highlight to look forward to”, says Rolf Kozlowski, Managing Director of DLR GfR. The two satellites, which were launched into space last night at 1:19 CET by a Soyuz rocket from the European spaceport in Kourou, French Guiana, are numbers 27 and 28 in the Galileo family.

André Bauerhin, the Spaceopal Chief Operating Officer, highlights “In coincidence with the Launch 11 and related LEOP activities, Spaceopal and its industrial team can look back to five highly successful years as the Galileo Service Operator providing ambitious service commitments to EUSPA for the benefit of all Navigation System users. Enabling and performing the LEOPs from the Galileo Control Centre has been one of the cornerstones to increasing the operational security of the Galileo system which now has been achieved. We are looking forward to the next years to pare innovations with the service performance and commitments for the European Union. It is an honour to lead the industrial team who has been doing an excellent job to achieve this milestone.”

Pascal Claudel, EUSPA Chief Operating Officer confirmed: “Today we can proudly celebrate a key milestone for Galileo. It is the result of intensive work of all the stakeholders of the programme! We are truly an EU team that manages a global system for the benefit of users all around the world.’’

Over the last few months, several members of the DLR GfR flight control team together with the full support of Spaceopal have also been specially trained for this new task.

In the last few hours, the first important steps have already taken place. The satellites have been released by the launcher as planned and their on-board systems have been switched on automatically. This first sign of life from a satellite is hugely important: It shows the team on the ground that contact has been established and telemetry data can be received. It also signals that the processes started automatically upon separation, such as the deployment of the solar panels. On the ground, the Flight Control Team, supported by experts from ESA and the satellite manufacturer OHB, register every sign of life.

This first critical initiation phase took about one hour. After that, the satellites are fully functional, i.e., their pointing to the sun is stable, the solar panels are fully deployed, and the thermal control is working. The functionality of the solar panels and position control are the most important fixed points. However, the functionality of each individual subsystem is analysed in detail. Temperature check, software check, power check – during this phase there is maximum concentration in shift operation at the Galileo Control Center.

At this point, both satellites have already covered most of their journey to reach their final orbit. The kick-off for the drift manoeuvres, now takes place.

With the new satellites, 28 satellites are monitored by the Galileo Control Center in Oberpfaffenhofen. From now on, EUSPA and the industrial team including Spaceopal, Telespazio and DLR GfR, are looking forward to the next Galileo satellite launch scheduled for spring 2022.

Galileo is currently the world’s most precise satellite navigation system, serving more than two billion users around the globe.

Galileo is a global navigation satellite system that is fully funded and owned by the European Union. Undertaken by a European partnership, the European Commission manages Galileo, and EUSPA (the EU Agency for the Space Programme)overseeing Galileo operations and service provision and with ESA as the design authority overseeing its development, procuring satellites and the ground segment.

Spaceopal GmbH, a joint venture of DLR GfR mbH and Telespazio S.p.a., has been awarded by EUSPA with the Galileo Service Operator Contract, which includes among other activities the provision of the operations of the Galileo Control Centers.

“Galileo” is registered as a trademark in the database of the European Union Intellectual Property Office (n° 002742237).

The ILA 2022 is history – and like the trade show organizers themselves, DLR GfR also draws an extremely positive balance.